Recent highlighted performances included a week-long collaboration with legendary American composer Carlisle Floyd, interpreting the role of Sam Polk in Susannah, which was followed by a performance of the role in the opera’s Israeli debut.

On the concert stage, Mr. Blossey most recently appeared as tenor soloist in concerts at Teatro Real and the Auditorio Nacionale in Madrid.  Other recent solo engagements include concerts at the Israeli Opera House and the Opera House in Aschaffenburg, Germany, Haydn’s Creation at the Great Auditorium at Ocean Grove, NJ, the Verdi Requiem with the Plainfield Symphony and the Theater Chamber Players at the renowned Kennedy Center in Washington D.C. Earlier appearances include tenor solos in the Messiah with the U.S. Naval Academy and Serenade to Music by Vaughan Williams with the Honolulu Symphony. Jeremy also appeared onstage with 6-time Grammy award winning band The Chieftains at the McCarter Theater in Princeton, N.J.

Upcoming engagements at Nickle City Opera and Quisisana Resort in Lovell, ME. 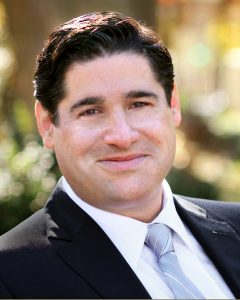 “Jeremy Blossey and Taras Kulish played the parts of Falstaff’s followers with just the right amount of burlesque and naïveté.”

“Playing hero Ralph Rackstraw was lyric tenor Jeremy Blossey, who easily handled every vocal challenge and had the requisite spunk and likeability to play the part.”
-Washington Post, 2005

“As the Governor of Buenos Aires, Jeremy Blossey hits the mark with a vibrant voice.”
-Baltimore Sun, 2003